I am interested as a non U.S. citizen about the use of diploma mill credentials. Until I became involved in DL in the U.S. environment, I had no idea that people used fake university credentials on the scale that they obviously do. In my own country, any credential not earned here is viewed as suspect and very good credentials are often overlooked because they are not local. Actually, I have often had a problem with this prejudice and ethnocentricism. 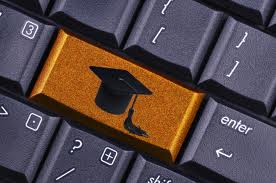 All overseas credentials used by immigrants are run through an evaluation process before they can become engineers or medical practitioners. Even those with good credentials often have difficulties with professional bodies. The submission of a resume with a fake credential to a potential employer would be a punishable fraud under the law. I have never heard of a case here. I have hard of people claiming a degree from a legitimate university which they did not have, but no diploma mills. Of course, I might have to get out more as well.

When an alternative university (some say degree mill) set up in an Australian Protectorate, the Australian Government legislated it out of existence. My question is what can governments do to destroy the diploma mill’s markets and why don’t they do it?
I would think that CHEA could dictate higher standards for USDOE recognition. States could legislate to set standards comparable to CHEA requirements so universities in their state met USDOE requirements. In short, state approval could be a national standard set by CHEA. From an outside point of view, it is confusing why this does not happen. Surely, the interests of the ordinary people would be protected by doing so.

This article originally appeared on degreeinfo