Fake doctorates: Russia to crack down on academic fraud

The Russian government is mounting a crackdown on academic fraud after a ministerial probe uncovered extensive plagiarisms and numerous violations of doctoral requirements at Moscow’s prestigious State Pedagogical University. 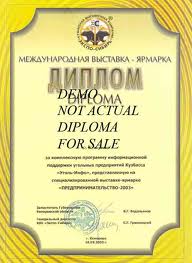 Twenty-four out of 25 Ph. D. theses checked by a special government commission at the University turned out to have extensive plagiarisms and numerous violations of doctoral requirements. Unscrupulous “researchers” had copied up to 90 per cent of their dissertations from other sources.

The commission was formed after a public outcry by journalists and bloggers over plagiarised dissertations by some public officials and parliamentarians.

Last Friday, 11 people accused of plagiarising their dissertations were stripped of their degrees. Deputy Education and Science Minister Igor Fedyukin said his ministry will take a “close look” at other universities that award suspiciously many academic degrees. However, many phony degree holders will avoid scrutiny as Russian law sets a three-year statute of limitations for checking dissertations.

Prime Minister Dmitry Medvedev admitted the exposed cases were the tip of an iceberg. “The number of phony doctorates surpasses all possible limits,” Mr. Medvedev said.

Unless the academia cleans its act, he added, “academic degrees and titles would be simply discredited.”

Mr. Medvedev gave the government 40 days to come up with measures to tighten the awarding of academic degrees and to set up a mechanism for exposing fake student papers and doctorates with the help of plagiarism detection software.

The newly appointed head of the state Higher Accreditation Commission, Vladimir Filippov (his predecessor was recently arrested on embezzlement charges), said that plagiarism was a serious problem in social sciences, in contrast to exact sciences where academic degrees are mostly hard earned.

“Many government officials and business people crave to buy a dissertation, which is a status symbol for them,” said Mr. Filippov.

The market of fake university diplomas and postgraduate degrees has flourished in Russia after the fall of the Soviet Union. According to some estimates, 30 to 50 per cent of academic degrees have been purchased.

Several years ago President Vladimir Putin himself was accused of plagiarism. Researchers at the U.S. Brookings Institution established that large chunks of a Ph.D. dissertation Mr. Putin defended in 1996 while serving as deputy Mayor of St. Petersburg had been lifted “virtually word-for-word” from the Russian edition of an American business school textbook written by two University of Pittsburgh professors. Mr Putin never responded to the charges.

So far the most noteworthy fallout of the fake degree scandal has been the doubling of prices for Ph.D. dissertations from $5,000 to $10,000.