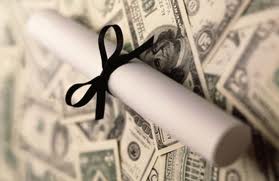 “Alemao, during his tenure as PWD minister, was directing various candidates to this academy (which operated the racket), giving fake certificates before recruiting them as engineers in PWD department”, Parrikar said in his reply to a question on affairs of PWD Department in Legislative Assembly.

The crime branch recently exposed the racket after raiding a private academy in Margao.

According to police, the racketeers used to provide bogus educational certificates, purportedly of various recognised universities, including the Board of Secondary Education, Gwalior.

“The bogus certificates were bought from this academy by candidates who have now become engineers”, Parrikar said, adding that the illegalities committed by Alemao has eroded the sanctity of PWD department.