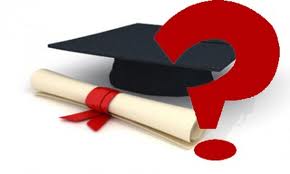 Dubai-based executive search consultant Jack Montgomery said he has been seeing this type of behaviour in several CVs, even from people with ‘high professional, technical skills’.

Montgomery, who is what is commonly known as a ‘head-hunter’, actively approaching qualified people for vacant jobs, said he was dealing with people at the top end of the spectrum who earned salaries of no less than Dh40,000 a month. He said if he was seeing CV manipulation at the top end, the practice must be rife in lower levels where people were desperate for jobs.

The CV adulteration ranged from changing the titles of previous jobs to actually attributing false degrees.

“Instead of (saying you were) a financial manager, you were the CFO…I have to go through and find out all those aspects of it…it’s human nature, you’re trying to sell yourself, so people are going to tend to fudge on that.”

Most people would use some kind of ‘CV creep’, he said, though as many as one a month were turning up with fake degrees — which amounted to about one per cent of CVs he saw. “At the level I work at, I don’t get it as much.”

Dubai was a very image-conscious place “‘Have you got a flash car? What clothes do you wear? What clubs are you going to? Oh you’re a doctor’.”

He cited examples of someone including a work stint in Saudi Arabia while they were purportedly studying for a degree at an American university, or claiming to be a registered chartered accountant in America when no such trace of their name existed on the American register.

He said this mentality was a waste of time as some of his clients’ time was worth Dh1,000 an hour.

“If I haven’t checked out that person properly in advance, that company has just lost 1,000 dirham.”

Montgomery said he discovered the deceit by checking out the names of all universities people claimed to have degrees from whose names were unfamiliar.

He said there was a mixture of people ignorantly buying degrees, while others were aware the process was not above board.

“A lot of people will look at that website and (ignorantly) go ‘This looks good’. I turned down a guy who had great work experience … he was very prominent in his field, I got his CV and said ‘Oh, I saw your fake degree there’.”

Recently he discovered a “very prominent local business person who claimed to have a doctorate and I googled the name and it was from a diploma mill”.

These degree mills awarded degrees for such things as life experience, Montgomery said.

“All they want is your money.”

“You tell them what degree you want, what year you want it from, the degree to be granted … what GPA.” Some places even charged an extra $600 if you wanted the degree to be recent, Montgomery said.

He said the people who adorned their CVs with fake degrees were hoping they would not be checked out.

“I’ve seen it from CFOs, I know it from managing directors of local companies. They use it to make themselves look bigger, ‘You call me doctor’, because people here are very big on the titles.

“The thing about Dubai and the Middle East is a lot of people that are here … will do anything they can to keep their job. In a lot of ways it’s better than America, it’s got a lot of things going for it … if they have to go home, if they lose their jobs here, what are they going to go home to? Nothing, so they do what they can to stay. It’s human nature. You can’t blame them (but) if I want to hire a CFO, if he fudges on his CV, what happens (when he tries to get) the numbers to go to corporate? You’ll get burned by that.”

Montgomery says of one of the invariably tacky websites, is replete with poor photoshopped images: “This one kills me…sorry to say, I peed my pants when I read this site. It’s like a Monty Python sketch.”

Some candidates have tried to convince him their qualification was legitimate, and even got upset with him for denegrating their faulty degree, he said.

Some candidates have told him that they were victims and their chances of getting a good job should not be harmed by the reputation of their colleges.

“(Your professor or tutor) could be someone in a call centre anywhere, and some people are okay with that.”

Montgomery said he was upset as an American citizen, as these kind of colleges were hurting the name of America.

“People are desperate. They think I don’t have a degree, I’m going to put it up there.

“It’s a challenge in this country in particular … (it is) a more uneducated centre which may be not as aware of how things work in other countries.”

Another factor, he said, was the issue that if a person lost his or her job, he or she only had 30 days to find another one, “or you’re out the door”. The occurrence of CV manipulation and fake degrees had been exacerbated by the recession, Montgomery said.

He encouraged other recruitment professionals to do thorough checks on people’s CVs, especially those from unrecognised universities. The problems caused through hiring unqualified people could be “huge”, and it would take time to get rid of someone who was not up to the task.

He wanted the Government to shut down the websites offering fake degrees from operating here, as well as any actual campuses in the UAE.

Telecommunications Regulatory Authority Director-General Mohamed Al Ghanim said his body would not act without direction from the Ministry of Higher Education.

“We deal with similar issues that deal with health, for instance, there are a lot of companies who sell drugs on the Internet and sometimes this drugs are not authorised in the UAE.”

People would order drugs, such as cocaine, and ship it through Korea.

“We deal with the Ministry of Health and they tell us, ‘Please TRA, you guys need to instruct operators (du and Etisalat) to block these websites for this reason’.”

Similar issues were also addressed via the Ministry of Finance, but Al Ghanim said there had not been any such directive from the Ministry of Higher Education that he was aware of.

This article originally appeared on khaleejtimes