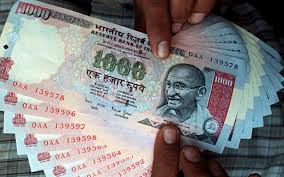 The ministry of medical education, which took this decision, says the new exam will be held under the presidentship of the deputy commissioner of each district. The exam date is yet to be announced.

Minister for medical education SA Ramdas said on Thursday that 255 staff members — including the chief superintendent and invigilators — had been suspended from participating in the examination process for one year because of their role in the scam.

A clerk, Gopal, found to be the kingpin of the racket, has been suspended. “Once we get report in this regard, we will lodge a criminal complaint against him,” Ramdas said. He said 140 out of the 547 nursing diploma institutions were involved in the scam. As many as 5,001 students participated in the malpractices related to the exam. Students told an inquiry that institute managements asked them to return to their homes (without taking the exam) since they (the managements) would be taking care of the exam and results.

“The students found to be involved in malpractices are also [being] given a chance to appear in the rescheduled exams,” the minister said. “However, once the report is finalised, cases will be lodged against them also.”

Ramdas said the scandal came to light because of the medical education department’s decision to take up the responsibility of evaluating the answer sheets of practical exams along with the theory papers. It was found that the signatures of many students for the two papers did not match.

The inquiry commissioned by the department verified the signatures of 52,037 students. Learning of this, the institute managements somehow managed to tally the signatures in the answer sheets. Tipped off, the department ensured the inquiry was conducted thoroughly. Investigations revealed students who had not even attempted to answer one question had secured 40-plus marks out of 50, Ramdas said, showing empty answer sheets to substantiate his claim.

This article originally appeared on dnaindia