Despite the 2010 directive of the Supreme Court, the educational degrees of a total of 393 parliamentarians remain unverified as yet and are thus considered suspect or fake, it is learnt. 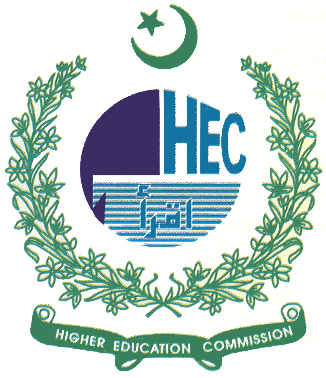 However, these 393 MPs would find themselves in serious trouble in the next elections as the authorities are expected to get their degrees, as shown in the 2008 elections, verified from the HEC before clearing them to contest in the upcoming polls.

It is feared that many of these unverified degrees would be fake, but the exercise of degree verification, that was in full swing during the second half of 2010, has been halted now as the holders of unverified degrees include extremely powerful parliamentarians.

The sources said the degrees of 56 MPs had been declared fake by the HEC; there are 18 MPs whose fake degree cases are pending with different courts; the cases of 250 MPs are pending with the HEC as degrees are not being provided for verification; matriculation/inter certificates of 47 MPs have been sent by the HEC to different universities but without any response from these institutions; whereas the verification of 19 MPs’ graduation/master’s level degrees await the verification of respective universities.

In June 2010, the HEC was directed by the ECP on the orders of the Supreme Court to have the degrees of all parliamentarians verified. The commission did the job in a remarkable manner despite the fact that its chairman had been told by the PPP leadership to go-slow on the issue. However, when the HEC Chairman Javed Leghari did not cave in to pressure, he was asked to resign but he refused.

Later Leghari’s younger brother Farooq Leghari was picked up from interior Sindh by the provincial police and later produced before the court and charged with corruption. The junior Leghari was given bail but was rearrested on other charges. He again got bail from the court but was arrested a third time from Hyderabad. The ancestral farmhouse of the chairman HEC in Hyderabad was ransacked and farmers were picked up and put under detention.

After failing to browbeat Leghari, the government started targeting the HEC. The government initially tried to devolve the commission but it was saved following the intervention of the apex court. Later the HEC was faced with budgetary cuts. Almost 40 percent of the funds required by the universities were cut back.

When the employees, including faculty members, staff and students, went on a nationwide strike up to 20 percent funds were released. Later, an effort was made to put the HEC under the administrative and financial control of the Ministry of Education and Training but the notification in this respect was revoked by the SHC.

Then the government made yet another move to take charge of the HEC. Taking advantage of the executive director’s position which had been advertised by the HEC and which the commission had the authority to appoint, the prime minister directed the secretary education and training to take charge as the acting ED.

The chairman HEC refused to accept this, which led to a huge battle between the HEC and the government. The battle again reverted to the apex court, which suspended the government’s order and ordered the HEC to appoint the ED. This was yet anther defeat for the regime.

Finally, the government decided to amend the existing HEC law to take away its autonomy besides slashing the term of the chairman from the existing four to a proposed three years. A few PPP members moved the bill as a private members bill, which came up for hearing on Jan 23 in the NA committee that instantly cleared the same.

It is apprehended that if this bill passes through parliament, the future of higher education in the country would be jeopardised.

While the suspected fake degree holders are all set to teach the HEC an exemplary lesson, some foreign nations, including Turkey, Bangladesh and Sri Lanka, are replicating the Pakistani model of the HEC. While we are settling personal scores at the cost of national institutions, India is going a step further and establishing a supra-HEC with far-reaching consequences to position itself as a regional leader.

It is said that the World Economic Forum Global Competitive report indicators on higher education and training, technology readiness and innovation have shown a consistent improvement over the last three years for Pakistan, much more than many other countries, which is a clear proof that higher education reforms are paying off.

HEC sources demand that the apex court should take suo moto notice of this latest attack on the future of the country’s youth. A federal minister, who is vigorously pursuing the onslaught on the HEC too holds a degree which has been challenged in the LHC as fake so a conflict of interest situation also exists.

This article originally appeared on thepeshawar