City police on Thursday arrested a senior executive of a firm which had taken money from several youths after promising to provide them jobs in automated teller machines (ATMs) of banks. Two others, including mastermind of the racket, are at large. 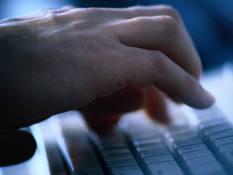 Sanjay Mishra, business development manager of Shree Balaji Group’s Retail Private Ltd was arrested by Kharavela Nagar police while the brain behind it Jitendra Prasad and a female employee of the firm are absconding.

Investigation revealed that the firm, which carried out the recruitment process, did not possess necessary permits and licence.

The promoters, however, tied up with a private engineering college from which they picked up 24 students.

They also sought application from degree, diploma and ITI trained candidates on the pretext that they would be employed in ATMs of various banks across the State.

The candidates were assured of jobs as well as gadgets but none of the promises was kept.

When the candidates found no jobs and got suspicious, they tried to find out about the company and its activities and stumbled upon the truth.

The firm is believed to have mobilised over ` 20 lakh from the unsuspecting youths who were looking for jobs.

A case of cheating has been lodged with the police who are on the look out for the other accused who are absconding.

This article originally appeared on newindianexpress