The Muzzaffarghar District and Sessions Judge, Abdul Rehman Khan Niazi, indictedrequest of regional election commissioner of Multan. The petitioner was of the view that the accused contested 2008 elections on a fake degree and be tried on charges of forgery. 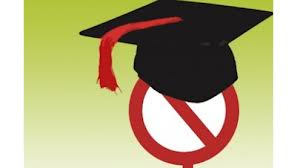 Jamia Rizvia (R) Multan Principal Muhammad Asadullah Haider Rizvi appeared before the court on the behalf of Jamshed Dasti and confirmed that he (Dasti) had completed his education in his seminary and attained the degree after passing the examination. The judge adjourned the hearing for today (Tuesday).

Dasti, on March 15, announced to quit the Pakistan Peoples Party (PPP). He said he would contest general elections as independent candidate from NA 177 and 178. He said Hina Rabbani Khar and her father opposed him in by-polls that took place in 2010, adding that he had told the party leadership that he would contest elections against Khar.

On Sunday night, Dasti, as a mark of solidarity with the poor people of his constituency, travelled on a donkey cart to reach office of the District Returning Officer (DRO) to file nomination papers.

Hundreds of surprised people gathered at the scene to see the former MNA riding donkey cart and travelling without any security.Talking to media persons after filing the nomination papers, Dasti said his step was meant to make the politicians realise miseries of the common man.

“I am a common man and well aware of the hardships faced by masses due to inflation, energy crisis and poor law and order situation,” he said.Dasti claims to be the poorest lawmaker, owning nothing other than his salary.

Warran was elected MNA in the 2002 general election on a fake degree. In 2008 general elections, he was again elected MNA from NA-184. However, he was unseated in 2010 for contesting the polls on fake degree. Later, he filed nominations for by-polls but was disqualified by the LHC just three days before the polling and the PPPP changed its candidate and allotted the ticket to his wife Khadija Warran.

Pakpattan Additional Sessions Judge Badruddin, the returning officer for NA-165, has summoned former MNA Syed Suleman Mohsin Gillani for having a fake degree on April 3. Mian Muhammad Altaf Hussain of Mauza Sado Pipli, a candidate for the constituency, filed an application in court and contended that the Faridnagar police had registered a case (163/2012) against Syed Suleman Mohsin Gillani for having the fake BA degree.