The Tanzania Commission for Universities (TCU) has identified an unregistered university at Kimara suburb. 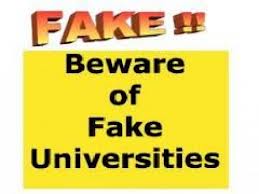 The organization, which calls itself Tanzania International University (TIU), is presently enrolling students for different courses up to degree level.

According to TCU deputy executive secretary, Prof Magishi Mgasa, TIU had not been accredited by his commission, hence it was operating illegally.

TCU, according to laws of the land, is charged with registering and overseeing operations of all higher learning institutions.

Prof Mgasa noted during a press conference in the city yesterday that already a number of applicants had registered with the TIU for certificate, diploma and degree courses.

“We have served the management with a notice ordering it to close the Institution immediately,” he said.