The resignation of Ben L. Smith High School Principal Noah Rogers on April 8 was the result of Rogers being accused of misusing $18,975 Guilford County Schools paid to move Rogers from Norfolk, Virginia, to Guilford County in 2006, according to court records and school system sources. 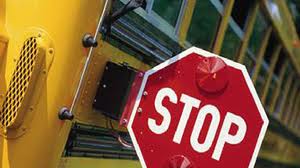 In response to a public records request, Guilford County Schools officials verified that Rogers repaid the money with a certified check on April 4, 2013 – the day before he resigned.

In a lawsuit filed in Norfolk Circuit Court on June 22, 2009, Cuthrell Brockington, a former Norfolk Public Schools employee. who said he was the owner of a company called Brockington Moving Co., claimed that he gave Rogers $18,975 that had been paid to Brockington by Guilford County Schools to pay for Rogers’ move, and that Rogers never paid him back for the move.

It is not unusual for Guilford County Schools and other large school systems to pay for a principal’s move, although it is negotiated on a case-by-case basis and is not done for all principals. But, according to Brockington’s claims in records filed with Norfolk Circuit Court, there was little that was usual about the way Rogers’ move was handled.

Rogers was hired by Guilford County School Superintendent Terry Grier in 2006 from Norfolk Public Schools, where his last job was as principal of Lake Taylor High School.

When Guilford County Schools pays for a principal’s move, it requires the newly hired principal to submit three bids for moving services, gives the contract to the lowest responsive, responsible bidder, and cuts a check to the winning moving company – which keeps the money, because it did the work.

In Rogers’ case, the job went to Brockington, who worked for Norfolk Public Schools, possibly for Rogers, and Brockington claims he gave the money to Rogers, who would not be entitled to it, as employees can’t be paid for moving themselves, particularly if Guilford County Schools is paying a third party.

According to a Norfolk Public Schools spokesman, Brockington was an employee of Norfolk Public Schools until 2010. An online listing of Tidewater, Virginia, technology teachers lists Brockington as teaching at Lake Taylor High School in 2008. If he worked there in 2006, he would have been Rogers’ employee. There is no “Brockington Moving Co.” listed as incorporated in the State of Virginia in the records of Virginia Secretary of State’s Office. On one internet social site, Rogers and Brockington are listed as friends.

Rogers lives in a small brick ranch house on West Vandalia Road – a house that seems unlikely to have room for possessions that would cost $18,975 to move.

Brockington’s complaint claims that in January 2006, Guilford County Schools paid Brockington Moving Co. $18,975 to move Rogers, money which he turned over to Rogers “at the insistence of the defendant” – Rogers.

Brockington claimed that he moved Rogers to Guilford County, expecting to be paid by Rogers, and for Rogers to give him documents to justify the moving expenses. He wrote that Rogers refused to give him the documents. Brockington asked the court to award him the $18,975 plus legal costs.

Brockington later filed two court papers demanding, under the law, responses from Rogers. In the papers, Brockington was trying to get Rogers to admit for the record that he took the money from Brockington.

Why Brockington agreed to give Rogers the money is uncertain, but Brockington’s filings argue that he did so, and that Rogers kept the $18,975.

That Guilford County Schools considered Rogers keeping the money improper is shown by its recovery of the money – and Rogers paying the money back shows that, if he contested the issue, he lost.

It’s not clear which state would have jurisdiction over a dispute over payment for Rogers’ move. But in general, taking money under false pretenses, such as claiming it is being used for a legal expense when it isn’t, is prosecutable under various charges.

Several school board members have said that the issue that triggered Rogers’ resignation could be referred to a district attorney.

Brockington refused to explain the business transaction between himself and Rogers and declined to comment on the legal case.

Rogers responded to Brockington’s complaint only by filing a demurrer – a challenge to the complaint – on July 29, 2009, claiming that the complaint “is not sufficient in law and ought not to be prosecuted as it fails to adequately state a set of facts constituting a cause of action.”

Norfolk District Court Judge Herman Thomas apparently didn’t agree. After Brockington filed numerous requests with the court for Rogers to answer questions, admit to facts and provide documents, Thomas on Oct. 28, 2009, issued an order to compel discovery – an order requiring Rogers to respond to all discovery, interrogatories, requests for admissions and requests for production of documents.

There appear to be no court records indicating that Rogers did so.

Norfolk Circuit Court records show that the lawsuit was ended on Dec. 22, 2009, with a judgment in favor of Brockington. It was also “nonsuited” – determined to no longer be a lawsuit – which probably means that Rogers and Brockington settled the matter between themselves.

Rogers, at $141,632 a year with bonuses, was the highest paid Guilford County Schools principal and touted as a star of the school system. But there have been other oddities in his record.

A diploma mill is a college – a company, actually – that offers diplomas for a fee based on little or no academic work. Diploma mills are usually unaccredited, or are accredited by fake institutions unrecognized in the normal academic world. Some charge by the degree, rather than by the class.

This article was written by  Paul C. Clark  and originally published on greensboro.rhinotimes