Legal proceedings were initiated against the mayor of Teriberka with a fake degree. A graduate degree in higher education is a must-have for a job applicant.

Murmansk regional prosecutors claim Aleksander Savkov forged a diploma to obtain the position of the mayor. He confessed to the crime. 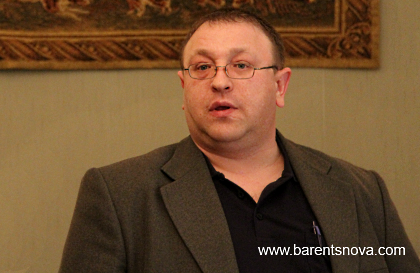 According to the Murmansk regional attorney, Mr.Savkov submitted a fake diploma of a Moscow-based state automobile and road technical university while applying for the position of the mayor of Teriberka. An applicant for the governmental job is supposed to have higher education.

In July 2011, Aleksander Savkov was employed as an acting head of Teriberka. A year later, he became the Mayor.

As the investigation went on, Savkov confessed to the crime and regretted he had done this, said regional prosecutors. The Kola district court will be hearing the case.

Russian Internet abounds in commercial offers on diplomas of almost every possible university. The Savkov’s diploma might cost up to EUR 600 on an online black market.

The ex-mayor of Teriberka – communist Valery Yarantsev – was pushed to resign after accusations for power abuse and neglect of duty.

Teriberka is located over 120 km away from the city of Murmansk. The scarcely populated settlement is a planned hub for onshore processing facilities for the Shtokman gas condensate field development project.

This article originally appeared on barentsnova