Days after fake degree certificate racket was busted in the city, another scam of forged admit cards and impersonation, involving foreign students, has come to light. 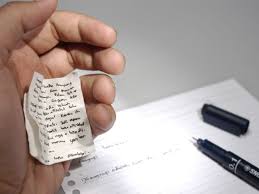 In the case, the police arrested three Afghan students of Bachelors of Arts (BA) course at Post-graduate Government College in Sector 11, for cheating and impersonation.

The arrested accused were identified as Mir Ahmed, 22 and Safaullaj, 22 – both students of BA-II – and Mujeed-ur-Rehman, 23, a student of BA-III. Another accomplice managed to flee from the examination centre. The police informed the Afghanistan embassy officials in New Delhi about the arrest.

The Afghan students were arrested in the case of impersonation and booked under various sections of the IPC. The police recovered fake examination admit cards from their possession. “Mir Ahmed was caught while writing the BA-II political science examination in Safaullah’s place. Both the accused reside in the college hostel and they had struck a deal for few thousands of rupees,” Gurmukh Singh, station house officer of Sector 11 police station, told TOI.

“During Tuesday’s checking at the examination centre, the accused student, who was giving the exam in place of Mujeeb-ur-Rehman, got to know about the raid and fled leaving the fake admit card behind. However, we managed to arrest the beneficiary Mujeeb-ur-Rehman,” added Singh.

Mujeeb-ur-Rehman, who resides at a paying guest accommodation in Sector 15, told police he had given Rs 5,000 to his friend to attempt the exam in his place. Cops are probing the case to substantiate his claim.

All three accused have been sent to judicial remand by the court. They have been booked under section 420 (cheating) and 419 (punishment for cheating by personating) of the Indian penal code.

Police said they are suspecting the involvement of more accused in this racket and are trying to find out from where did these students get fake admit cards. Police said they would also question the college staff.