The 49-year-old from Delhi cheated a businessman from Gujarat, Assam Rifles, BSF and Syndicate Bank as well. 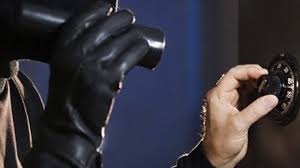 For 49-year-old Shambhu Prasad Singh, posing as an influential bureaucrat using a fake identity card procured from the the ministry of home affairs using fake documents, and even supplying material allegedly worth Rs 20 crore to the defence ministry, was a cakewalk. That was until officials from the Syndicate Bank lodged a complaint against him in a case of fake bank guarantees.

Investigations into the bank’s complaint exposed Singh and his accomplice Shyam Sunder Bhatter, 57, both of whom had been duping people for many years. Singh and Bhatter were arrested by the Delhi police on Tuesday and interrogation revealed that Singh had also cheated a Gujarat businessman to the tune of Rs5.5 crore by selling him a property fraudulently.

Singh started his career as a section officer in the ministry of planning, but claims to have served as additional private secretary to several union ministers during the tenure of three prime ministers, including PV Narasimha Rao and Atal Bihari Vajpayee. Singh even managed to convince the National Productivity Council (NPC) and worked as its advisor for three months on token salary of Re1.

“He had submitted fake documents in the bank and in the home ministry as well,” said Sandeep Goel, joint commissioner of police, economic offences wing. “He later exploited this appointment at many instances and got the home ministry card on the fake documents of NPC,” Goel added. His companies have reportedly supplied pre-fabricated shelters on other occasions to Assam Rifles, BSF and defence ministry. The CBI had registered a case of disproportionate assets against him in 2002, which is still pending in
the court.

Syndicate Bank claimed that he has allegedly submitted fake bank guarantees and audit reports to bag a government contract from the Assam Rifles. Bank officials also found that all the bank guarantees issued by them were fake, following which they filed the complaint.

The arrests not only expose the fraud but also raises questions about the system of procuring material from the defence ministry and the issuance of identity cards by the home ministry.

Singh also reportedly holds memberships of the United Services Club of Mumbai and the Army Golf Course in New Delhi.

This article originally appeared on dnaindia