Fake degree holder back on job after boss is sacked

ISLAMABAD: Caretaker minister for industries and production Shahzada Ahsan Ashraf Sheikh, who has fired top officials of almost all subsidiaries of the ministry, is surprisingly backing an official of National Fertilizer Marketing Limited (NFML) who was sacked last week for having a fake MBA degree. 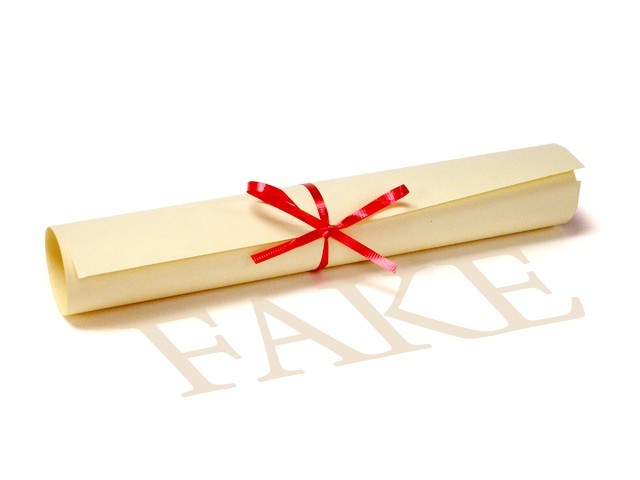 However, Uzair got his job back only after five days after approaching the minister who sacked NFC chairman along with managing director of NFML Tariq Shafiq Khan.When contacted, the minister admitted that Uzair had approached him but denied he was behind his restoration. The minister, however, insisted that Uzair was wrongly sacked.

“He came to me with documentary evidence against the chairman NFC and MD, NFML. That could be a reason for his sacking,” the minister told The News.He said the contracts of top officials of NFC and NFML were terminated on the directions of Election Commission of Pakistan (ECP). He denied the impression that the two officials were resisting his move to award contract to his favourite company.

But a senior NFML official said the Minister was not happy with NFML and NFC top officials as they refused to accommodate his requests for the award of transportation contract to a particular goods forwarding company.

He said Uzair’s restoration was illegal as it was signed by a junior officer Shahid Amin, GM Personnel and Administration NFC. “The notification of Uzair’s sacking issued by NFC chairman can only be reviewed by the secretary of the ministry,” the official added.

According to sources, NFC sent the degrees of all its employees to HEC for verification on the directions of the Establishment Division. Upon verification it was disclosed that Uzair’s MBA degree was fake, as the degree awarding institution – National Institute of Business Administration – did not exist. The HEC authorities also told the corporation that no such institute is registered with them.

When confronted with facts by top NFC officials, Uzair admitted through an official letter on 8th February that the National Institute of Business Administration had stopped issuing degrees and requested that his B.Com degree should be considered as his highest qualification for the job. However, the management decided to sack him for concealing facts and getting a senior position with the help of a fake MBA degree.

Sources added that Uzair successfully approached the minister and got his job back within a week. When contacted by The News, Uzair said he had a “non-HEC” degree but he belongs to a highly educated family.

“I belong to a highly educated family. My father was a professor in the Punjab University,” he said adding that he possesses 35 years of job experience. Uzair said he was sacked because he possessed evidence of massive corruption by his former NFC and NFML bosses.