It was a troublesome day for several former lawmakers on Thursday as different courts brought their wrath upon those who had deceived the system by submitting fake educational certificates. The most recent domino to fall in a list of former legislators was Jamshed Dasti who had contested and won on a Pakistan Peoples Party (PPP) ticket in the 2008 general election. 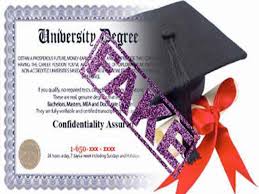 A local court in Muzzafargarh sentenced him to three years in prison. Dasti was arrested from outside the courtroom following his sentencing. A fine of Rs5,000 was also imposed on the former lawmaker. On Wednesday, Dasti announced that he had decided against contesting for two National Assembly seats as an independent candidate.

He had been elected from the Muzaffargarh NA-178 constituency in 2008 and later returned from the same seat in a by-election. He later resigned as member of the National Assembly in 2010 after the Supreme Court ordered him to present his graduation degree.

Earlier in the day, the additional district and sessions judge sentenced former Awami National Party’s (ANP) lawmaker from Khyber Pakhtunkhwa Syed Aqil Shah to one year imprisonment and imposed a fine of Rs3,000 for holding a fake degree.

Shah was elected a Member of Provincial Assembly (MPA) from PK-4 constituency of Peshawar. The former MPA was arrested by police personnel at the conclusion of the hearing.

Gilani was elected as an MNA from NA-165 Pakpattan in the 2008 election.

The former MNA had recently quit the Pakistan Muslim league – Quaid (PML-Q) and joined PML-N this month. He was elected as an MNA during the 2008 election from NA-89 (Jhang-IV) constituency.

Separately, sources in the Rawalpindi police department reveal that the Election Commission of Pakistan has asked them to provide the criminal records, if any, of all the candidates.

This article originally appeared on omantribune