INDORE: A day after TOI reported the blatant breach of norms by an educational institute in the city, it has come to know that those offering fake degrees work in collusion. Dubious education institutes work as partner agencies or franchisee of universities across the country. 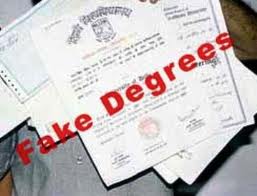 This correspondent has come across many students who shared their grievances and feared uncertainty after having enrolled themselves to such institutes. It came to the fore that those already employed, but in need of a degree, fell easy prey to such institutions.

Now the institute is asking me to deposit next semester’s fee to get the original mark sheet,” said Hemant Kumar, one of the students who is also a professional. SIPS is a franchisee of a KSOU (Karnataka State Open University).

Students also received anonymous phone calls luring them into getting distance education degrees. Raghvendra Pathak, a student of Apple Institute of Professional Studies, said, “It was my biggest mistake that I got influenced by repeated calls. I am a professional and wanted to study further while doing job so enrolled myself to MSc.”