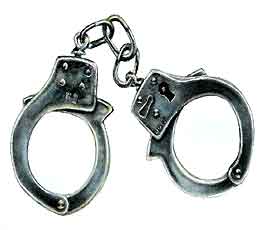 Assistant Sub Inspector Suresh Yadav (49), Ajit Saini (50) and Ashok Kumar (48) were arrested by the Crime Branch, after it received information about the trio being involved in
preparing and supply fake educational documents and certificates.

Crime Branch laid a trap to arrest them and struck a deal through an informer with Saini for fake mark sheets and degree of B.Com from Delhi University to be prepared in the name of
Monika Bansal.

When Saini came at Model Town Metro Station to deliver the fake mark sheets and degree as per deal he was apprehended at the instance of the informer, police said.

“During interrogation, Saini disclosed that he procured these documents from one Suresh Yadav, who is working as ASI in Delhi Police.

“On Ajit’s instance Yadav was arrested who admitted that he had got the fake documents prepared from one Ashok Kumar,” said Additional Commissioner of Police (Crime Branch) Ravindra Yadav.

Subsequently, Kumar too was arrested and one computer, used to prepare fake documents, was seized from his house, police said.

“During investigation, it came to the fore that most of their clients asked for fake documents to show good educational profile for either their children’s marriage or to apply in private companies to get suitable job,” said Yadav.