Last February Kenya’s Commission on Higher Education refused to recognize degree certificates from unrecognized higher education institutions. The article in University World News, noted that numerous politicians were claiming such “degrees,” including several ministers. At the same time, the University of Düsseldorf in Germany withdrew the doctoral degree of the Minister of Education after an investigation for plagiarism. 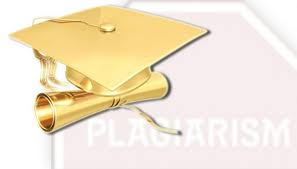 In 2013 the same university revoked the PhD awarded to Science and Education Minister, Annette Schavan, also for plagiarism.   In 2011, the German minister of defense, Karl-Theodor zu Guttenberg, was forced to resign after plagiarism was found in his doctoral dissertation. The prestige of holding an advanced degree in Germany is particularly high, and thus the temptation to cut corners perhaps quite high as a result.

In Pakistan when the constitution required that candidates for public office hold university degrees, fake degrees were rampant. The Pakistani Supreme Court ordered that the degrees of elected candidates had to be verified, a process became more complicated and controversial than anyone could have imagined.  In 2012, rather than pursue the offenders, the constitution was amended to eliminate the degree requirement.

In “A Plague of Plagiarism at the Heart of Politics,” Times Higher Education, focuses on a series of plagiarism cases among top officials in several countries, including Romania, where academic degrees seem to be available for sale.

Are politicians more prone to this kind of hanky-panky than others in society?  Is degree fakery and plagiarism a global epidemic? Are there effective means of checking on the veracity of academic work? One Pakistani provincial chief minister said, when accused of having a fake degree, “A degree is a degree. It does not matter if it is real or fake.”  This type of fraud pervades the corporate sector as well.  In February of this year nine people were put on trial for the involvement in providing fake graduate degrees to executives of major international corporation including many in the Fortune 500.

It seems that we have reduced university education to a credential and, as a result, reduced its meaning and value.  After all, there are many paths to a credential, some less ethical than others.  As the news articles referenced above indicate, fraud is not limited to diploma mills—established universities are vulnerable as well.

What is to be done? There is no way of stopping duplicitous behavior of this sort. Those who wish to cut corners regardless of principle will, of course, find ways. Technology has made forgery and plagiarism easier to commit but sometimes also easier to detect. Oversight by a reliable and transparent quality assurance regime is essential, as are national systems that make public (and easily accessible) the accreditation status of academic institutions and its degrees. These measures go hand in hand.  Public awareness of fraudulent practice and aggressive sanctions are critical. In the cases cited in this blog, an attentive media, public watchdogs, and public censure drew attention to the fraud and created an atmosphere where perpetrators suffer consequences. Indeed, it is likely that whistle blowers and journalists will be key elements in protecting society from infractions of this kind in the future. Perhaps continuing publicity and effective controls will help but it is doubtful that the temptation to claim unearned credentials will disappear.

Clearly we need to stop taking degrees on a CV at face value.  Sadly, the fraud of a few throws into question the degrees dutifully earned by thousands as a result of their intellectual commitment and hard work.  Sadly,  we now live in a world where the potential misdeeds of a few cause us to question the deeds of all.

This article was written by Philip G. Altbach   and originally published oninsidehighered