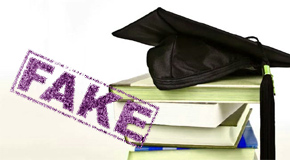 A sessions court of Pakpattan had jailed the former parliamentarian for one-year and also imposed fine after holding his trial on charges of contesting the 2008 general election on the basis of a fake BA degree.

The former MNA challenged the sentence before the high court through Advocate Abid Saqi. The division bench, headed by Justice Sardar Tariq Masood, suspended the sentence and allowed bail to the petitioner against furnishing bail bonds of Rs100,000.