LAHORE – PIA management has approved 30 days temporary foreign posting of an officer who allegedly possesses a fake MBA degree, said sources in the airlines on Wednesday. 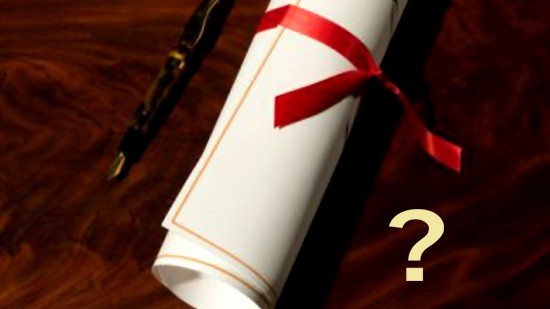 They said that Director Marketing PIA, Maj (Retd) Khuram Mushtaq recommended Tanveer Qasim a RTO Town Office Lahore for Kuwait station.  It is worth mentioning here that there was a writ petition in Lahore High Court and an inquiry was under process in FIA against the educational credentials of Tanveer Qasim and certain other officers of PIA. Not only the name of Tanveer was recommended for foreign posting but also it was kept confidential by the director marketing and district manager PIA Lahore Umar Daraz was informed at the eleventh hour about his approval and departure.

On July 04, 2013 the officer was supposed to fly for Kuwait by PK-204 to perform his duty at Muwait station and on July 3, 2013 an email was sent to district manager PIA Lahore to release the said officer. The officers and officials having original degrees have protested and a wave of anxiety has emerged among the airlines officers on this decision. Two young officials working in PIA reservation office after knowing about the posting of Tanveer Qasim said that they should burn their original MBA degrees since there is no weight of such degrees when officers having fake degrees were enjoying foreign postings.

A PIA officer seeking anonymity said that ticket of the controversial officer was issued from Karachi a month back but it was surfaced on July 03, only one day earlier to his departure. Another officer said that SOP was not followed in the case of Tanveer since it is not fair to ask some authority to release an officer only a day before his departure. It is also pertinent to mention here that said officer has also availed already Haj postings in the past three to four times. When contacted, spokesman of PIA said that he would only be able to talk on the issue after talking to the concerned authority.