Fake Certificate: ICPC Gets Judgment Against Director of Works!

The Independent Corrupt Practices and Other Related Offences Commission (ICPC) intervention in the education sector got a boost when it successfully prosecuted and secured a conviction against a former Director for presenting a fake Masters Degree certificate to his employers and also making a false declaration to ICPC under oath. 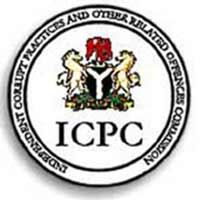 In a statement signed by Folu Olamiti, the Head of the Media Unit of the ICPC, it was disclosed that “Mr. Iliya Philemon Hassan, a former Director of Works at the Federal Polytechnic, Offa was sent to jail for nine months and fined N150,000 for falsely claiming to have a Masters Degree certificate as part of his curriculum vitae”.

The High Court in Ilorin, Kwara State presided over by the Chief Judge of the State, Justice J. Bamigbola, sent Hassan to jail on 25 June 2013 after he was found guilty on a three-count charge bordering on making false statement.

The accused person had claimed in his Curriculum Vitae submitted to the Registrar of the Federal Polytechnic that he had a Masters Degree in Building Construction Technology from the Ahmadu Bello University, ( ABU), Zaria.

Olamiti also disclosed that “Mr Hassan who was later brought to the Independent Corrupt Practices and Other Related Offences Commission (ICPC) made similar claim when he knew that he had no such degree, thereby committing an offence punishable under  section 25 of the ICPC Act 2000”.

The accused who is serving his jail term in Madala Prison, Ilorin was convicted on all the three counts brought against him and sentenced to three months imprisonment with a fine on each count. The sentence is to run concurrently in addition to paying a fine of N150,000.

This article originally appeared on thestreetjournal