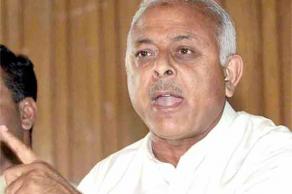 As the LHC resumed the hearing, it was told on the part of Ghulam Sarwar that he was entangled in fake degree case on political grounds; so his bail should be confirmed.

On the other hand, the prosecutor general Punjab Sadaqat Ali Khan said that it was confirmed after investigation that Ghulam had a fake B.A degree. After hearing the arguments, the court extended the bail till next week.