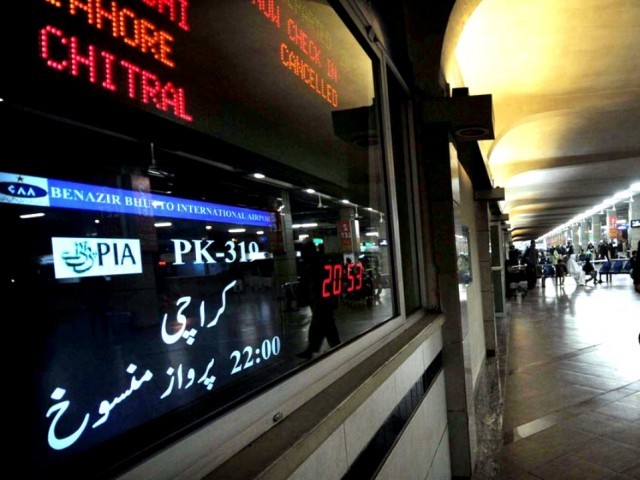 These persons were trying to travel to European countries on forged documents over the last three days.

The six were taken into custody by immigration officials after their documents were found tampered with and some were carrying fake passports.

“The recent arrests were the result of a special campaign launched by the FIA to check human smuggling,” said Inspector Afzal Niazi, the shift incharge at the BBIA immigration counter.

The arrested suspects were sent to AHTC Rawalpindi for further investigations.

The first suspect Rukhsar Ahmed was arrested on Friday. He was travelling on a fake passport with its photograph tampered. He was caught trying to avoid immigration officials and board an Etihad Airlines flight.

Another suspect, Mohibullah, was arrested for fake visa and trying to board an Emirates Airline flight. Muhammad Arif was ready to board PIA flight PK 769 for Spain when he was arrested for possessing a fake Spain residence card.

The immigration officials detained Najiullah for having fake Schengen visa on his passport.

The suspects were shifted to lockup for further investigations. FIA’s immigration officials said they would be booked for tampering with official documents and committing acts of treachery.