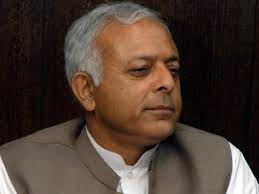 A three-member bench of SC, headed by Chief Justice Iftikhar Muhammad Chaudhry, took the decision during its hearing of petitions pertaining to fake degrees of parliamentarians after the Higher Education Commission (HEC) submitted a report on reported cases.

The academic credentials of Ghulam Sarwar Khan had been challenged in the court by a petitioner, Raja Qamar.