The Pakistani Supreme Court has suspended the membership of Ghulam Sarwar Khan from the National Assembly for holding a fake degree, a media report said Thursday. 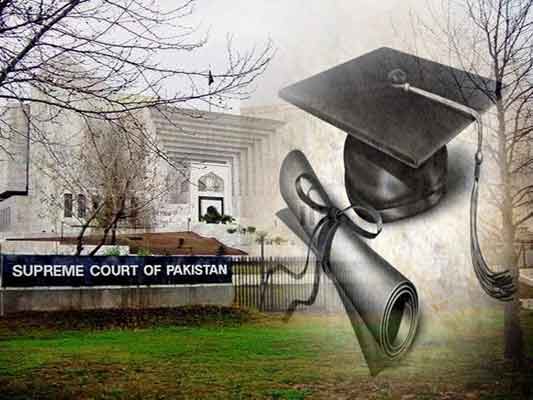 The Supreme Court had told the Election Commission in 2010 that degrees of all parliamentarians should be verified by the Higher Education Commission.

This article originally appeared on twocircles