A lot of outsiders with forged medical degrees and certificates have been applying for positions of doctors, nurses and medical support staff in the state healthcare sector. 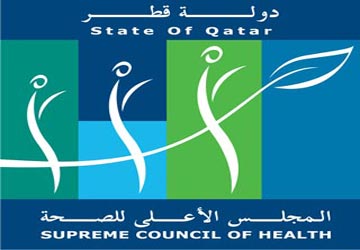 Data reveal that in early 2012 (January to March), some 66 percent of the applicants for nursing jobs had submitted forged degrees and certificates of educational qualifications, and testimonials.

The percentage in respect of those who had applied for doctors’ positions was 13, according to a senior official of the Supreme Council of Health (SCH).

As for applications for positions of paramedical professionals, some 21 percent of the applicants were found to have forged degrees and certificates.

This was disclosed by the Director of Quality Management at the Supreme Council of Health (SCH), Dr Jamal Rashid Al Khanji. He told a local medical periodical that most of the forged degrees submitted were originals that had been verified by the concerned agencies.

Al Khanji didn’t elaborate but it is understood that the verification process involves authorities in the country where the applicant has received his degrees and the Qatari embassy there.

“Because those degrees were original, the authorities easily put their stamp of verification,” said the SCH official.

However, when these degrees, certificates and testimonials were referred to their source (institutions supposed to have issued them), they were found to be forged.

“The SCH has a zero tolerance policy towards such acts of forgery, and we do not remain quiet. We inform other GCC countries and medical authorities around the world with the aim of preventing such characters from landing jobs.”

Al Khanji said the SCH got help from a global consultancy firm to sort out job applications and verify the authenticity of degrees and certificates submitted by the applicants.

“How about the existing medical staff in the country?” asked a commentator, wondering if everything was okay with their educational degrees and certificates.

“No, they are talking about applicants (and not about those who are already working in the state health sector),” said another commentator, trying to explain.

No wonder so many serious medical errors are committed in the country, said yet another commentator, tongue in cheek.

This article originally appeared on thepeninsulaqatar