Members of the Mombasa county assembly yesterday came to the defence of embattled Governor Hassan Joho. Joho’s election is being challenged by petitioners who allege his degree certificate from Kampala University is fake. 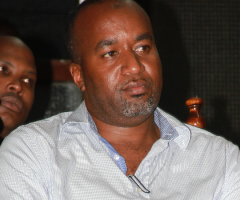 Speaking at County Hall, the legislators said Joho was duly elected by the people of Mombasa in an open, transparent and accountable electoral process.

Joho is facing a fresh suit from the former leader of the Kenya Students Association in Uganda, Silas Make Otuke, who wants Joho’s election nullified on the grounds that he did not have a valid degree when he was elected into office on March 4.

A basic degree certificate is one of the requirements for a governor candidate. Joho presented a certificate from Kampala University where he claims to have been awarded a degree in Business Administration.

Uganda police who investigated the claims, have recommended that the degree certificate being held by Joho be cancelled because it was fraudulently acquired.

Yesterday the county representatives, majority of them from ODM which sponsored Joho, said there is no basis in the allegations by the former student leader.

“The good tree is always the one that will be aimed at with stones because it always has good fruits,” said Ogongi. The majority leader Khamis Mwabashiri blamed Joho’s political rivals for the cases questioning his academic qualifications.

“But we are ready to defend our leader. Even if we are to go for elections today, we will ensure that he gets three times more votes than the ones he got,” said the Mjambere ward representative.

Yesterday, a campaign agent for Joho’s rival, Wiper candidate Suleiman Shahbal, submitted an affidavit in which he claimed the flying squad was used to intimidate and harass him when he attempted to investigate the authenticity of Joho’s  academic papers in the run up to the election.

Titus Brezhnev Omondi, who currently in hiding, said he was picked up at the Laico Regency Hotel in Nairobi on January 22. He said 15 flying squad officers in three unmarked vehicles also arrested another member of the Shahbal campaign team.

Both men had travelled to Nairobi to authenticate Joho’s academic documents which included checking with the Kenya National Examinations Council to confirm and authenticate the O-Level certificate Joho had presented and which he indicated he had sat his exams at Serani High School in 1993. Omondi said he was grilled for hours at Integrity House.

“I came to realise later the men were flying squad officers. I also learnt that I had been arrested because of the inquiry I made at the examination council on results concerning Joho,” Omondi said.

According to the affidavit added to the earlier petition submitted by Otuke, Omondi said he was held at various police stations in an attempt to subvert the law that says suspects cannot be held for more than 24 hours without being arraigned in court.

Omondi said he was later taken to the Nairobi Area police headquarters and told to write a statement about himself, his work and his reasons for traveling to Nairobi.

He said he was taken to the flying squad  boss and threatened at gun point into implicating Abdulsamad Ali, the head of communication at Shahbal’s secretariat and Shabal’s chief campaign manager.

Omondi was later charged with being in possession of a fake 1993 KCSE result sheet for Serani Secondary School. He denied the charges and was released on a Sh50,000 cash bail with stringent bond terms which included reporting to the CID every Tuesday and Thursday.

Mvita MP Abdulswamad Nassir, who had also been arrested earlier in Mombasa and flown to Nairobi, was also charged with having forged KSCE results papers. Both cases were consolidated on May 10 but were soon afterwards withdrawn by the state.

The case seeking the nullification of Joho’s and deputy governor Hazel Katana’s election on the grounds they presented fake academic papers will be heard on September 2.