The arrest of four people on charges of selling fake diplomas, including three in Can Tho in the Mekong Delta region of Vietnam, has highlighted the proliferation of degree mills. Racketeers have been shifting from producing fake Vietnamese qualifications to degrees from prestigious international universities. 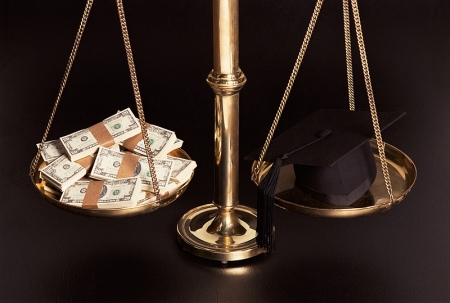 Last month new decrees were announced, aimed at strengthening official procedures for recognising genuine degrees from overseas universities. But there is still concern that the government is not going far enough to control the lucrative business.

A number of cases came to light recently, as the authorities attempted to crack down on degree mills.

Last month Dong Van Hai, a member of a gang in Can Tho, was caught by police while delivering a professional certificate to a ‘customer’ to earn VND3.7 million (US$180).

Hai and his associates admitted to police that they had sold at least 500 certificates, ranging from high school and vocational certificates to bachelor degrees, all from legitimate local institutions, and had attracted business from provinces across the country, according to Tuoitre – The Youth – a local publication.

In late July, 10 people were given jail terms by a court in Danang, central Vietnam’s largest city, for selling fake diplomas. The two ringleaders received sentences of three years each.

Another recent high-profile case involved 29 kindergarten teachers in Bo Trach in Quang Binh province, who were fired for having fake certificates obtained from degree mills.

According to Cong An Thanh Pho Ho Chi Minh – Ho Chi Minh City Police Newspaper – the teachers admitted during an unscheduled inspection by the Bo Trach local administration they had bought bogus diplomas. The price ranged from VND1 million to VND12 million (US$50 to US$600).

“Transactions often occurred in a coffee shop near the campus of the University of Quang Binh,” said Tran Phong, deputy chair of the Peoples Committee of Bo Trach. “All the [bogus] diplomas were granted by recognised local teacher training institutions” such as Hanoi National University of Education and the College of Education in Nghe An province.

Two vice-rectors were also suspected of buying fake degrees, one of them allegedly from an American degree mill. The other was believed to have only an engineering degree but said he had a masters.

From local to international degrees

The Cuong case showed that the bogus degree business had spread from local to international university certificates, and was on an upward trajectory.

“We are confident we are the only entity able to use an embossing seal similar to that used by genuine universities,” the advertisement claimed. With prices ranging from US$1,200 to US$1,500, customers can order a bachelor, master or doctoral ‘degree’ from reputable universities like Yale, Australia National University or University College London.

Another Vietnamese-language website based in the United States said it could provide international degrees and claimed 10 years’ experience as a “degree and transcript printing provider for many reputable universities in the US, Australia, UK”, with prices ranging from US$2,200 to US$4,900.

Some blame an overemphasis on ‘credentialism’ or the need for degrees and certificates. “Credentialism has practically encumbered our whole society,” said Nguyen Minh Hac, a former minister of education, in a recent interview published by Giaoduc – The Education.

Degree mills are not a new phenomenon in Vietnam. They began to appear more than a decade ago. However, experts note that they have become more evident in recent years.

As higher-degree holders receive higher salaries and are promoted faster, more people – especially those in the public sector – want a degree as a prerequisite for applying for jobs or for promotion rather than enhancing their own competence, providing a ready market for bogus diploma racketeers.

The Vietnamese government has implemented a slew of measures to tackle the problem.

In 2007, the Ministry of Education and Training’s ‘77’ decision stipulated that all Vietnamese foreign degree holders must have their diploma recognised by the Bureau of Testing and Education Quality Assurance in order to pursue further studies within Vietnam, and to ‘legitimise’ their international qualification in accordance with Vietnamese law.

An amendment to Decision 77 was released last month under a directive called ‘Circular 26’, which appeared to lengthen recognition procedures for overseas degrees.

Apart from submitting the original diploma as required in Decision 77, a foreign degree holder must submit other evidence of overseas study such as a confirmation letter from a Vietnamese embassy abroad, confirmation from the overseas institution, passport stamps providing evidence of a period abroad, or evidence of registration with the ministry’s online overseas-student management system.

This ignited a heated debate on the VietPhD facebook group, the biggest international forum for Vietnamese graduate students, on the effectiveness of the government’s efforts to crack down on diploma mills.

While some believe it is a necessary step to curb the growing racket, others question whether it is appropriate for the Vietnamese government to ‘legitimise’ foreign degrees, while others say it will merely exacerbate already exhausting bureaucracy.

“It’s quite usual for the educational authority of one country to require recognition of degrees issued by other country’s education institutes”, said Hau Le, a former legal consultant from an international law firm in Ho Chi Minh City.

Hau, who is currently pursuing a master of laws at Goethe University in Frankfurt, Germany, said the new Circular 26, coupled with Decision 77, would not eliminate the bogus degree problem completely but could be helpful for some employers in considering job applications.

Kien Tran, a PhD student in law at the University of Glasgow in Scotland, agreed with Hau but suggested that it would be better for the ministry to develop a system that “set equivalent standards between foreign degrees and domestic ones”.

Kien, who is also a member of VietPhD forum, told University Word News that given the difference in legal and higher education systems between different countries, “it is unimaginable that the government can conclude that a foreign degree is from a degree mill or illegitimate without confirmation from the country where the degree was granted”.