A student knew that she was paying a man RM14,500 to acquire a fake degree. But, when she was not satisfied with the deal that she made with the man known to her as Kelvin, Uni­versiti Teknologi Mara student Noorhafiza Wan Hussin, 24, tried to get a refund. 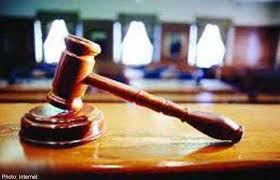 However, when she failed to get the refund, she lodged a police report claiming that Kelvin had cheated her. Yesterday, a Sessions Court here acquitted Lim Chuan Soon, 27, of cheating Noorhafiza.

Judge G. Ramesh said that the charge against Lim was not valid under the law as the complainant knew that a fake degree was involved in the transaction.

“It was clear from the testimonies that the witness (the complainant) knew the certificate was illegal because obtaining it did not require a learning process.

“Therefore, you cannot say that the witness was deceived by anybody. “It was her intention to obtain the illegal certificate when she made the deal with this man known to her as Kelvin,” said Ramesh yesterday.

In July last year, Lim, who formerly owned an online gaming business, was charged with cheating Noorhafiza of her money to produce a Bachelor’s Degree (Hons) in Accounting Management from Universiti Sains Malaysia.

The offence was allegedly committed between June 19 and 28, 2012 at a Maybank branch in Seksyen 14 here. Lim was charged under Section 420 of the Penal Code and faces a maximum of 10 years’ jail and whipping and is also liable to a fine.

He did not react when the judgment was read out. Ramesh added that the issue of de­­ception did not arise as the complainant herself concealed the transaction.

“The police report only came about after Kelvin failed to refund her money,” he said. Ramesh also said that there was no evidence produced in court that identified the accused as Kelvin.

The court ruled that the prosecution had failed to prove a prima facie case against Lim. Ramesh also ordered for his immediate discharge and acquittal without calling him to enter a defence.