Human beings are used to taking the easier and cheaper option in almost everything. As a result we have ended up with so many fake and dangerous items. 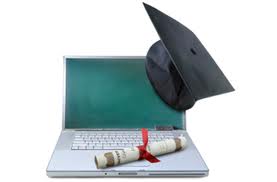 People have been caught red-handed with fake academic papers and other important documents. Of course, this happens all over the world. In Kenya, however, we have gone to the extreme.

We have fake mobile phones, fake cars, fake computers and fake everything you can think of. While buying land here, you must be very cautious, lest you pay a fake owner. We pay fake and non-existent employees, we praise fake reformers who get to power with the agenda to increase their pay, we glorify fake pastors and prophets, we constitute fake commissions of inquiry and we carry out fake investigations.

Some university lectures manufacture fake examination results and insurance companies lose millions in fake claims. We also have fake paternity tests that have left people distressed. Fake beauty products with promises of instant results have made our ladies spend everything and anything they have. Pollsters continue to give us fake opinion polls. Soon, we might even have a fake president.

In Kenya, prank TV shows are more popular than business news. Why? Because pranks are fake and business news is real. Numerous elections results have been cancelled after being considered to be false by the law courts. Fake colleges are enrolling more fake students than genuine ones.

Recently we had a case of a fake officer who had served unnoticed in the top-most ranks of the Kenya Police. The fake cop had fired and hired, he transferred the police officers at will and enjoyed all the privileges a top cop could have.

Never mind whose orders he was carrying out, who he reported to or how he drew his salary. Not long after, we heard of fake pastors giving fake healing to fake patients, who in fact turned out to be prostitutes paid to play the part.

The fake pastors purported to give instant healings for all kinds of illnesses or problems – all of them fake. Don’t forget you had to sow some seed for you to receive the healing. Of course they give more M-Pesa numbers than prayer lines. The more seed you sow, the bigger the fake healing and blessing you get.

More recently, a doctor alleged to be fake was uncovered after serving for many years; treating hundreds of people and prescribing crucial medication.

You still remember, the ‘servants of God’, Mr and Mrs Deya, who baffled the world with their miracle babies. Some of the babies were conceived and born within less than four months. The unsuspecting followers flocked to churches hoping they would also be beneficiaries of instant miracles.

So next time you hire someone be sure to screen their papers thoroughly, lest you earn yourself another fake friend, wearing a fake smile to impress you.

This article originally appeared on standardmedia