The city police on Sunday arrested three persons on charges of preparing fake documents and supplying them to known persons who used them to secure passports. 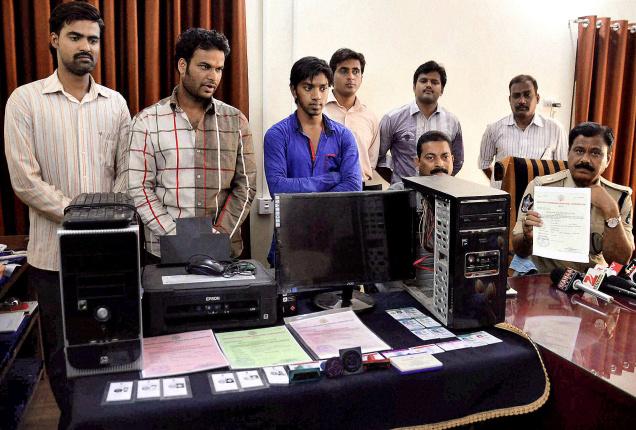 The three — Syed Bilal Quadri, a graphic designer from Shastripuram, Mohd. Rizwan a passport agent and Mohd. Iqbal Ali, a hotel worker, both from Kalapather — formed a gang and used to charge between Rs. 5,000 and Rs. 10,000 for preparing and supplying the fake documents, said B. Limba Reddy, Additional Deputy Commissioner, Task Force.

The accused were handed over the Hussaini Alam police station for further investigation.