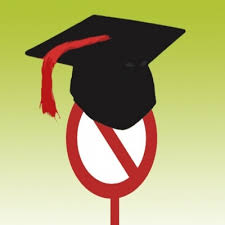 Rajesh Kumar, who has acquired a fake graduation degree from Shah Abdul Latif University Khairpur, has started showing his muscles by scuffling with fellow staff members who become hurdles in his way, source said.

Mukesh Kumar Chawla has been successful in securing the milky excise and taxation ministry for second time due his close friendship with Sindh Information Minister Sharjeel Inaam Memon and the blessing of Owais Muzaffar Tappi. Sources said two days earlier, Rajesh quarreled with fellow inspector Qayyum Solangi when he reportedly forwarded files of two vehicles to Kumar and the later demanded thousand rupees as bribe per file.

When Solangi refused to pay the bribe money, Kumar scuffled with him. Later, on the basis of a biased and partial report by deputy secretary without listening to Solangi, Excise Minister suspended him, sources informed.

According to sources over three hundreds files of vehicles are approximately scanned in the motor registration section while five to seven hundreds rupees are received from the owner as bribe for his legitimate work. Sources accused the relative of PPP minister is minting over a million rupees in a month in form of this commission.