ISLAMABAD: The Supreme Court on Monday disqualified PML-N MNA Sumaira Malik for holding a fake degree, and directed the Election Commission of Pakistan to proceed against her in accordance with the law. 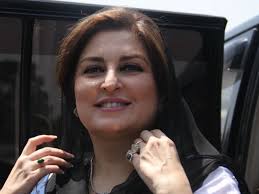 On the other hand, a supporter of Sumaira Malik, named Muhammad Riaz, who was present on the court premises, had a heart attack when he heard the news of her disqualification. He was taken to Polyclinic Hospital, Islamabad, where the doctors pronounced him dead. A three-member bench headed by Chief Justice Iftikhar Muhammad Chaudhry had on October 9 reserved its judgement in the case.

The 39-page judgement authored by Chief Justice Iftikhar Muhammad Chaudhry declared as void the notification dated March 1, 2008, which notified Sumaira Malik as the returned candidate from NA-69 (Khushab-I) in the general elections held on February 18, 2008. She has been declared disqualified from becoming member of parliament. The court noted that as a disqualified person she has no right to represent the electorate of the country. Earlier, Sumaira’s sister Aila Malik was also disqualified for holding a fake degree.

The judgement noted: “On account of such qualification she would not be entitled to contest the election in future as well, and if she does contest elections and is declared successful, the election commission shall be bound to de-notify her.”

The verdict also noted that the legislator had obtained her BA degree by way of impersonation and depending upon the same educational qualification, as it is normally disclosed by the candidates in the nominations papers, she had proved herself not to be truthful person.

The lawmaker was elected as MNA on the ticket of Pakistan Muslim League-Quaid (PML-Q) in the 2008 general elections. Losing candidate from the constituency, Malik Umar Aslam Awan, had filed a petition challenging Sumaira Malik’s victory and her academic qualification.