ISLAMABAD: At a time when almost all the political parties including ruling parties — PML-N and PTI — are facing dilemma of fake degree cases as around 75 of their lawmakers are defending their cases in this regard, Jamiat Ulema-e-Islam (Fazl) is also not too far behind as four of its lawmakers, two MNAs and two MPAs, are facing disqualification on the same charges. 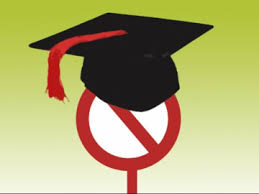 If this happens which is quite imminent it would be another big shock for the party which has already lost two of its National Assembly seats in August by polls which were won by party chief Maulana Fazlur Rehman in May 11 general polls. But even more shocking for the party would be embarrassment if its star lawmaker who has been also Balochistan JUI-F chapter amir since long and Council of Islamic Ideology Chairman Maulana Shirani, MNA, loses his seat due to gross violations that have been found in presentation of three different degrees in three different polls from 2002 to 2008.

When analysed in political terms the bigger blunder lies with the parties which nominate such candidates who are illiterate or semi-illiterate but try to reach the power corridor by submitting fake degrees. It has become a general trait that the parties vying for power allow every Tom and Jerry to join the bogie without probing his/her credentials and also fail to check their degrees at the time of filing of nomination papers.

According to documents made available to this correspondent by Syed Abdus Sattar Chishti, Information Secretary of JUI (Nazriati), Maulana Shirani attached a BBA degree of Al-Khair University Azad Kashmir when he contested 2002 polls and was elected MNA. The Higher Education Commission (HEC) found that the degree was bogus because the incumbent lawmaker never attended a single class or even submitted his matriculation and intermediate certificate necessary for issuance of a bachelor’s degree.

Then in 2008 polls, the CII chairman went to Khairpur (Sindh) and obtained a certificate of a Madrassah Jamia Shamsul Madaris which wrote on its letter head to HEC that the Maulana never attended any class at the said seminary. And the degree he attached third time with his nomination papers in Senate polls was obtained from another unknown seminary of Mardan in Khyber Pakhtunkhwa namely ‘Ittehadul Madaris’ unregistered with Wafaqul Madaris.

Talking to this correspondent, JUI (Nazriati) leader Chishti said the fake degree case was in election tribunal where arguments had been given in last hearing and next hearing had been fixed for November 13.

Maulana Asmatullah, a former MNA and chief of JUI (Nazriati) who lost to Maulana Shirani in general polls by a few hundred votes challenged his rival’s membership.

The second case of fake degree is that of Maulana Agha Muhammad whose ‘sanad’ has been found lacking the required level of education and the sessions court has issued his non-bailable warrants after he failed to appear in person against six summons. He was barred by the Supreme Court from taking oath and sent his case to lower court for hearing and ever since he has not been available for his comments on his case.

In the third case, party’s senior leader Maulana Abdul Wassey who remained a senior minister in 2002 and 2008 sessions is charged with the fake degree as an alternate person was appeared in his place in 2004 examinations from Sibi when he was already elected member and attending the assembly in the days of examination. His case is pending for hearing in Balochistan High Court.

Fourth case pertains to a JUI-F MPA Haji Gul Muhammad Dammar who is accused of presenting Wafaqul Madaris ‘sanad’ from Shahadat al Alain for which another person whose name was also Gul Muhammad appeared in the examination in his place. Chishti said the rival candidate Noor Muhammad Dammar has challenged his degree in the election tribunal.