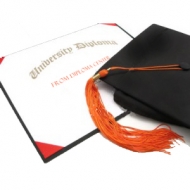 A Keshorjit who was also present at the press meet recalled that the Home Department issued a notification for recruitment of Manipur Rifles Havildars and Radio Operators in July 2008 .

Keshorjit said that he could unearthed how fake certificates were used by 13 candidates to get themselves recruited against sports quota after collecting documents extending for a period of two years through RTI applications.

He first submitted an RTI application to the Principal Secretary (Home) on January 5, 2012 but he was not given any reply/document even after one month.

Another application was filed to the Principal Secretary (Home) February 2012 seeking explanation for denying him information he was seeking.

This time too, there was no response.

Subsequently, Keshorjit filed a complaint on April 4.Then a reminder was submitted to former Home Department SPIO in-charge Clay Khongsai on April 19 .

At this stage, he was informed he would have to pay Rs 892 to obtain the documents he was seeking.

On submitting his BPL card, Keshorjit started receiving some documents.

According to RTI regulations, documents should be provided free of cost if the applicant belongs to BPL category.

At the same time, Keshorjit was denied many documents he was seeking on the ground that the particular documents were no longer available at the concerned Government offices.

As there was no response even after one month, he filed an appeal with the YAS Commissioner in November 2012.Subsequent upon the appeal, Keshorjit received some information from YAS Director in February 2013 .

As information thus collected was not complete, reminders were sent to the Commissioner in March, April and May this year.

As a result, the RTI applicant received some more information from the Under Secretary, YAS on August 19.Analysis of the documents and information from the related Government departments proved that fake sports certificates were used by the particular candidates to get themselves recruited against sports quota.

Keshorjit maintained that the State Government should initiate befitting action against DPC member, then IGP (administration) T Pachhuau, then second MR CO T Manikanta and the then Education (S) Under Secretary H Mathang apart from dismissing all the 13 candidates who joined Manipur Police deceitfully.

This article originally appeared on e-pao