Customs officials on Wednesday stunned the Senate Standing Committee on Ports and Shopping, when they revealed that 31 more containers were disappeared from Port Qasim on fake documents while it is yet to be ascertained as to what was loaded onto those containers. 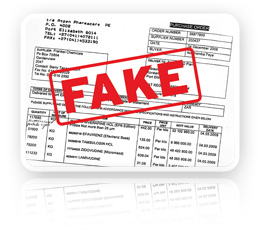 Port Qasim Authority (PQA) officials told the committee that these 31 containers were other than the ‘19,000 containers’ lost in the past.

The committee which met with Sardar Fateh Muhammad Hassani in the chair was informed that the ownership of the containers is yet to be determined along with the stuff these containers were carrying.

Member Customs Nisar Muhammad Khan told the committee that Custom Intelligence has detected 31 containers were allegedly disappeared from Port Qasim, while the customs and banks documents on which the containers were ‘released’ were fake. He further said that 14 customs officials have been suspended while a high-level committee to be headed by a Grade-21 officer has been constituted. He said Rs110 million have so far been recovered from the officials on the basis of declaration made on these containers. According to the declaration, these containers were carrying auto parts; however it is yet to be ascertained.

Chairman PQA Agha Jan Akhtar told the committee that the port’s role ends after unloading and handling containers. He said that shifting and delivery of containers from DP World/QICT to freight stations (Custom bonded area) is carried out under the supervision of customs authorities, hence PQA is not responsible for transfer and delivery of containers. However, the committee members expressed serious concern over the issue, saying that it is yet to be determined as to what these containers were carrying. The committee further directed to apprise it of the inquiry report and should remain careful in such matters.

The KPT officials informed the committee that there are 2,081 vehicles and 1,450 containers standing for last several years.

The committee expressed serious concern over the affairs of Korangi Fisheries Harbour Authority (KoFHA), stating that an industrial area is being established instead of fish harbour. The authority should focus on the issue as it could play a major role in export and could earn a handsome foreign exchange. MD KoFHA informed the committee that the authority has so far earned Rs401 million revenue as on June 30, 2013 since commencement of the operation in November 1996.

The committee also expressed concern over the non-development of industrial and residential plots at PQA and recommended to apprise the committee about the details in next meeting. The PQA informed the committee that the Industrial Estate of Port Qasim has been planned for development and establishment of different nature of projects. Accordingly, it has been divided into different categories comprising light industry, heavy industry, warehousing, C.F.S, commercial, LPG, edible oil/molasses, chemical, power generation plant and oil installation, etc.

Officials further informed the committee that PQA is committed to private terminal operators to increase navigation channels depth to accommodate deep draught ships, ie, from 11.0 to 14 meters, hence the PC1 of the subject project at a cost of Rs5.367 billion was first submitted to CDWP in 2006, wherein PQA was given 2 options; undertake the project through government financing or self-financing. However, after due process when the project on self-financing was approved by the ECC in 2010, the cost of the project rose to Rs16.0 billion. Nonetheless, in light of the ECC decision, after completing contractual formalities, a conditional LoI, ie, subject to clearance and authorisation by Competition Commission of Pakistan (CCP), was issued to a consortium comprising Dredging International, Jun De Nuil and China Harbour & Engineering Company in March 2010.

Meanwhile, the case was also referred to CCP for their perusal. The CCP vide their judgement dated 23 July 2010, declared the consortium agreement as void.

Accordingly, the LoI was withdrawn and the tender was scrapped. The PQA board has already shelved the project of deepening and widening vides BR No 145 dated 30-05-2012. It has been planned to achieve 14 meters draught with the strategy to implement the ECC decision on self-financing basis in phases, the PQA chairman maintained.

He further said that it requires regular dredging to keep the port viable. The project for deepening & widening could not materialise in time as envisaged, therefore, to meet urgent operational and safety requirements, an emergency meeting was called at Directorate General Ports & Shipping on 20 July 2010. In the meeting, chaired by the Minister of Ports & Shipping, it was decided to undertake dredging work on an immediate basis. The PQA board in its meeting on 6th August 2010 approved implementation of deepening & widening project in phases.

Accordingly, the dredging through contract was carried out in FY11 and the port was able to increase the draft from 12 to 13 meters and thus became the first port in Pakistan to declare 13 meters draught.

The committee was further informed that PQA and Fotco had signed an Implementation Agreement (IA) on December 8, 1992 for handling of petroleum products. The PQA subsequently signed a Supplementary Implementation Agreement (SIA) on 21st August, 2000 for handling of White Oil (HSD). Fotco at present is handling only the above petroleum products strictly as specified in the IA and PQA did not allow to handle any other cargo at their terminal.