Justice Mazhar Ali Akbar Naqvi of Lahore High Court on Wednesday granted a seven-day protective bail to former federal minister Ghulam Sarwar in a fake degree case and directed him to approach the trial court for the concession of bail. 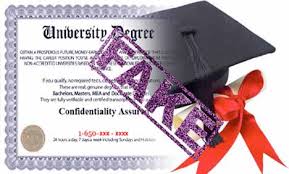 After conclusion of the arguments, the judge on November 29 had reserved the verdict on the bail application of Ch Sarwar.

The judge had earlier granted interim bail to the accused. The Anti-Corruption Establishment (ACE) had lodged a case against Ghulam Sarwar for obtaining a fake degree of FA to appear in BA examination to meet the graduation condition in the general election of 2008.

It was alleged that Ghulam Sarwar, son of Muhammad Hayat Khan, obtained a duplicate diploma originally issued to another candidate of the namesake but his father’s name was Abdul Hameed Khan.

Ghulam Sarwar used the duplicate diploma for appearing in the graduation examination and obtained a BA degree eventually.

The ACE after investigated had lodged a case against accused including Ghulam Sarwar, former chairman of the Punjab Board of Technical Education (PBTE), its secretary and two other officials for issuing the duplicate diploma unlawfully. Accused counsel argued that the case registered by the ACE was a result of political victimization and the petitioner had nothing to do with the allegations. He had said that the ex-minister had a valid degree but the university was trying to cancel it without any legal justification. He said the case lodged by the ACE was politically motivated.