Maulvi Agha Muhammad of the JUI-F was rather fortunate because he was allowed by the Supreme Court on Tuesday to take oath as member of the National Assembly from NA-261, Pishin, although his academic degree was under challenge. 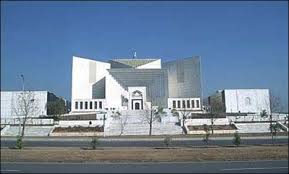 The permission came with an observation by the court that there was a difference between an invalid and fake degree and a parliamentarian should not be disqualified on the basis of having an in-equivalent qualification.

A three-judge bench headed by Chief Justice Tassaduq Hussain Jillani allowed Maulvi Muhammad to take oath and said having an invalid degree had nothing to do with forgery or fake documents.

On May 31, the Supreme Court had stopped Maulvi Muhammad from taking oath until its decision on a petition filed by his opponent Essa Roshan.

In the petition, Mr Roshan had said he wanted to become a party in the case, alleging that Maulvi Muhammad’s qualification from a seminary was not equivalent to the bachelor’s degree.

On Tuesday, Advocate Muhammad Ikram Chaudhry, representing Essa Roshan, requested the court to maintain its stay order on the oath but the bench said allowing his request would mean depriving the constituents of being represented in parliament.

The court observed that Maulvi Muhammad had a degree from Shahadatul Almia, which though not equivalent to BA, was not forged.