A pastor is being accused of stealing over $1.5 million in loans and donations, and it could send him to prison for a very long time.  Authorities are saying that there is evidence that Howard Richmond should spend 12 years in prison for committing a crime that has people baffled. 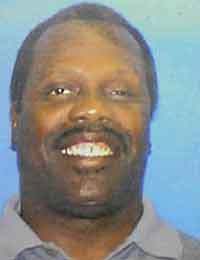 According to the Chicago Tribune, the Naperville, Illinois resident took loans and donations from people who believed in his vision, using his role as a pastor to do his dirty work.

“Evidence shows the defendant put on the title and vestments of a pastor and went out into the community in the same way a robber puts on a ski mask and heads out into the night,” said Assistant State’s Attorney Shanti Kulkarni.

Police say that the pastor told donors that they would be helping to build a megachurch on the west side of Chicago.  They even claim that he used fake financial documents to get the job done.  The documents allegedly showed that the church already had millions of dollars in assets, giving donors confidence that the pastor was seeking to do the right thing.

The pastor was the head of a church in Aurora, Illinois called Life Reach Ministries.  He pleaded guilty last August to forgery and operating a continuing financial crime enterprise.  He was forced to return $1.6 million in restitution to his victims, but police say that most of that money is gone.

Over twenty people say that they gave money to the pastor for his fake investments.  One victim actually gave $1 million dollars to him. The pastor promised some of the investors returns on their money and he even claimed that he could secure a multi-million dollar commitment from an Atlanta televangelist.

The pastor says that he’s innocent and that the Atlanta contact “snatched the carpet from underneath me,” undermining his plans for the church.  But the judge didn’t buy it, and neither did his victims.

Judge Blanche Hill Fawell asked the pastor about the way he was spending his money.  She saw that he’d spent a lot of the money on a new BMW, a trip to Hawaii and thousands of dollars in clothes and jewelry.  When he tried to explain, the judge stopped him and said he was being evasive.

“Can you ask me the questions again?” Richmond said in response, according to the Chicago Tribune.

One victim, Rev. Neal Green, says that the pastor convinced him to sell his real estate and loan him the money.  He says that he is now on public assistance because of what happened to him.

“I don’t see how a human being could do that to another human being,” Green said. “I’m living on welfare.”

This article originally appeared on ynaija