A failed asylum seeker bought false ID documents and used them to obtain work – and then when he lost his job to claim benefits. Jaime Teixeira admitted five charges of fraud involving false identification and claiming a total of £4,000 in benefits. 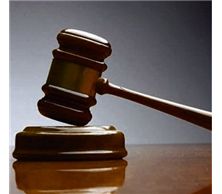 The 38-year-old was jailed for 12 months at Mold Crown Court yesterday. The court heard how Teixeira, of Gwynant, Acrefair near Wrexham, entered the UK in 2004 as an asylum seeker but his claim was rejected.

No effort was made to remove him from the UK and he was jailed in 2005 for deception. But on his release he paid for a false Portuguese identity certificate which he used to get a National Insurance number.

He got a job but when that ended he claimed jobseeker’s allowance, the court was told. Justine McVitie, defending, said Teixeira had initially been supported by the National Asylum Support Service.

When his application was refused no steps were taken to remove him. He used false documents in order to work and was jailed for six months in 2005 but on his release no efforts were made to deport him.

Teixeira could not find employment because he did not have the necessary documentation and he obtained false documents.

He worked and when that employment dried up he used them to obtain benefits. “My client took the view that he had to take steps to put food on the table and a roof over his head,” she explained.

Teixeira had a partner of two years, a five-year-old daughter, and had taken steps to try to resolve his immigration status. He had instructed specialist immigration solicitors in London and had been invited for an interview by the Home Office.

Judge Rhys Rowlands said Teixeira had chosen to remain in the UK and had obtained two false identification cards to obtain employment and then benefits.

He had been paid £4,800 to which he was not entitled. “Identification documents are extremely important documents,” he said.

Where people purchased false documents in order to use them to obtain work or benefits they had to face immediate custody. “You are no different,” he said.

He had been taking money “which ought to have been used for the benefit of the community at large in this country at a time of severe financial restraint”.

This article originally appeared on newsnorthwales