The Special Officer of Annamalai University’s Tiruvannamalai Centre, appointed in 2011, is being sacked after it was found he had submitted fake degree certificate to get the post. 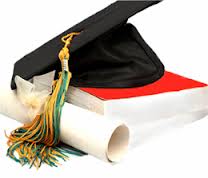 University Administrator Shivdass Meena today directed the Registrar to cancel the appointment order given to Senthil Kumar and dismiss him from service, officials said.

Meena, who had ordered for verification of certificates of all the staff in the university, found that Kumar had given a fake degree certificate as if he underwent B.E.(Electronics and Communications) course in 2004-08 in the same university.

The verification revealed that he did not undergo the course and his degree was fake.