Model Customs Collectorate (MCC), Exports, Karachi, on Monday claimed to have foiled a bid to export consignments to UAE on fake documents. 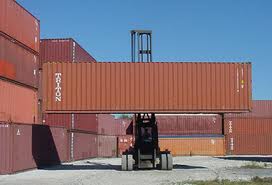 According to sources, credible information was received by Dr Wasif Memon, Collector MCC that some unscrupulous exporters were trying to export consignments on fake documents.

Responding to it, a team of export intelligence branch mounted vigilance on outgoing suspected consignments and intercepted five containers being shipped by M/s Creative Leather Industry, Karachi, to Dubai, UAE under green channel facility. The Form -Es of subject consignments were found fake after verification from the concerned bank. The subject containers have been duly seized and the amount of the subject consignments has been worked out at $117,546/- (Rs 12.6 million).

FIR has also been lodged with the court of Special Judge and User ID of the exporter has been suspended. Previous consignments exported by the subject firm are also being investigated. Sources said that more consignments exported against fake documents defrauding the government exchequer in millions of rupees were expected to be unearthed. The aspect of using the foreign exchange in money laundering abroad is also being probed.