More than 30,000 foreign engineers with fake degrees have been detected in Saudi Arabia, said the Saudi Council of Engineers president was quoted as saying in a report. 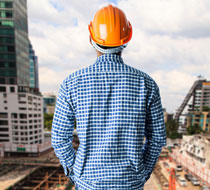 Hamad Al-Shaqawi urged firms to employ only engineers registered with the organization, said the Arab News report. The council, which regulates the Kingdom’s engineering sector, also instructed authorities not to accept any engineering designs or jobs not drafted by its accredited engineers.

He said the organization has stopped a large number of fake engineers who were not qualified to do the job and held false degrees.

The SCE is responsible for verifying and certifying both Saudi and foreign engineers and consultants. It consults international companies that specialise in identifying authentic and counterfeit certificates, the report said.

“When we discover a fake degree of an engineer, we immediately notify the Interior Ministry, as well as the firm or the consultancy employing that person,” said Al-Shaqawi in the report.