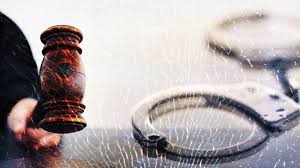 During investigation, 16 persons, including Director of Madhya Pradesh State Open School, Rajendra Prasad, Assistant director Rajesh Upadhyay, 10 teachers and agents were found guilty. All the 16 accused in the case have been arrested and are behind bars.

In the charge- sheet submitted in the court STF has alleged that the accused used to demand money for marks and ranks from the students. Investigation Officer ( IO) in the case Chain Singh said, ” During the investigation it was revealed that around 1,800 hundred students appeared in exam from Morena examination centre alone. The scamsters used to supply fake mark- sheets to the students, declaring them pass, even if they failed in the exam and for that they used to charge huge amounts. He said, ” We have filed charge- sheet of 4000 pages.

And we have also submitted 80,000 documents to prove them guilty. These 80,000 documents include fake mark sheets, and other forged documents recovered from these accused.” The scam first came to light on October 20, 2013 when the STF raided the house of Kausal Saraswat at Katara Hills and recovered mark- sheets and other documents.