In what could only be a joke with the system, the state and the society, 37 persons who got themselves “reinstated” in government service on fake documents, were caught red-handed and sacked but later were given fresh appointments by the previous PPP government on “humanitarian grounds.” 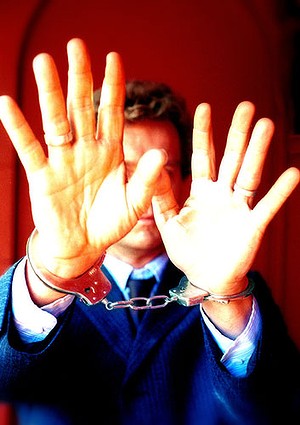 Adding insult to the injury, these fresh appointments were made despite Islamabad High Court’s rejection to get these employees reinstated and now the present PML-N government has too turned a blind eyes to all such irregular appointments.

It is a perfect case of how Pakistan has been turned into a banana republic by the political parties and their misgovernance, violation of merit and corruption.Interestingly the case pertains to the education sector, the Federal Education Directorate (FED), whose 37 employees from BS-1 to BS-14 including teaching staff, had used fake documents to get “reinstated” as part of those employees of Benazir Bhutto’s second term (who were sacked during Nawaz Sharif’s second terms) but were reinstated during the last PPP regime.

In any civilized country the cases of such persons would have been referred for criminal proceedings but here their “fraud” was overlooked and they were appointed afresh only because they had served in the department for a couple of years by using “forged documents.”

Spokesman of the FDE when contacted confirmed that all these appointees are presently working absolutely in normal course and there is no consideration on part of the government to review these appointments.

During the first few weeks of his government, Prime Minister Nawaz Sharif had sought the review of all irregular appointments made by the previous government but the premier’s words also appeared to have fallen on deaf ears of his ministers and members of the bureaucracy.

According to details, all these employees got employment in the FDE, Islamabad under Reinstatement Ordinance 2009 in the month of August 2009. However, after scrutiny and necessary verification of the relevant record from the concerned institutions, they were found ineligible for reinstatement under the Ordinance as they were inducted into service through fake documents.

Consequently the FDE served them with show cause notices against which all the employees filed writ petitions in the IHC, which observed that they were fake employees and therefore dismissed their petitions.

The FDE removed all these employees from service. Subsequently, however, 17 employees, ineligible for reinstatement under the Act and removed from service on the same basis, were already given fresh appointment.

On this the rest of the employees through their political connections brought pressure on the Ministry of Capital Administration and Development for protecting their services against termination and reinstatement into services purely on ‘humanitarian grounds.’

Before their fake documents were verified, they had already served in the FDE for almost three years. The then PPP government instead of getting them removed, moved the cases of all the 37 employees before the then minister Syed Khursheed Shah-led Cabinet Sub-Committee for fresh appointments on “humanitarian grounds in view of their three years of service rendered.”The sub-committee approved the same case and subsequently all the employees got fresh appointments.