The Saudi Council of Engineers announced Wednesday that it had detected more than 30,000 foreign engineers with fake degrees and urged public and private firms to only employ engineers registered with the organization. “We have so far seized more than 30,000 fake engineering degrees,” said Hamad Al-Shaqawi, its president. 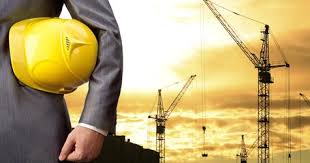 The council, which regulates the Kingdom’s engineering sector, also instructed authorities not to accept any engineering designs or jobs not drafted by its accredited engineers.

“This is essential for strengthening the engineering sector by improving its quality and for protecting the Kingdom’s institutions and achievements,” Al-Shaqawi said. “As part of organizing the sector, we have been providing engineers with professional ratings based on their qualifications.”

He said the organization has stopped a large number of fake engineers who were not qualified to do the job and held false degrees. He thanked the Interior Ministry for its support to the SCE’s professional accreditation program, since foreign engineers have to register with the organization to get their iqamas (resident permits) issued or renewed. “This measure has considerably helped organize the engineering profession in the Kingdom.”
The SCE is responsible for verifying and certifying both Saudi and foreign engineers and consultants. It consults international companies that specialize in identifying authentic and counterfeit certificates.

“When we discover a fake degree of an engineer, we immediately notify the Interior Ministry, as well as the firm or the consultancy employing that “engineer,” said Al-Shaqawi, adding that the SEC was working to attract qualified engineers. Abdul Rahman Al-Zamil, president of the Riyadh Chamber of Commerce and Industry, emphasized the need to get rid of fake degrees in the Kingdom. “Fake engineering certificates are available all over the world and people holding such degrees come to the Kingdom using driver and farmer visas,” he told Arab News.

Al-Zamil praised the role of the SCE in preventing such engineers from getting positions. “It’s very easy to get fake certificates from Europe and the US and this creates a huge problem.” He emphasized that the ongoing Labor Ministry campaign would help flush out such engineers.

Hassan Assainar, a senior engineer with nearly 30 years experience in the Kingdom, said Saudi embassies and missions abroad have introduced a scientific system to verify certificates. “It is very difficult for people to enter the Kingdom with fake certificates,” he told Arab News.

Embassy officials will contact the interior and foreign ministers, as well as the universities or institutes that issued the certificates before endorsing them. Fake engineers will not be able to produce mark lists, he added.