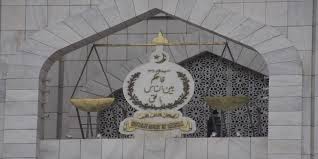 Sumera Malik. Fake degree case came up for hearing in Session court Lahore Tuesday. Professor Zahid Malik filed petition in the court taking the plea that degree was issued to Sumera Malik on political basis. He was being dragged in the inquiry without any reason due to which he was very disturbed, he pleaded.

He further said in his petition that Supreme Court (SC) has declared Sumera Malik degree fake and despite it, Mujahid Kamran, VC Punjab university has issued degree to Sumera Malik on political basis but entire burden was shifted to his shoulder.

Additional Sessions judge Tariq Mehmood after hearing the case ordered for initiation of legal proceedings against VC and controller Punjab university and issued notices to them.