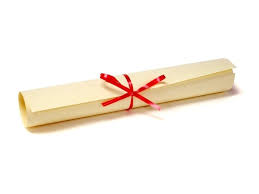 It is learnt that many candidates have secured jobs using fake documents. “The racket was operational since last four years in Madhya Pradesh, UP, Bihar, Gujarat. We are investigating the matter and trying to find out the probable links,” said DIG Rakesh Gupta. We will prepare a list of candidates, who benefited from it and take appropriate action.

Those arrested are Aftab Hussain, 32, Mohammad Athar Khan, 40. They were held from their rented flat at Alok Nagar in Kanadia. Hussain is said to be the kingpin of the gang while Khan joined him in April 2013.

Acting on a tip-off, SP headquarters Anil Sharma directed additional SP Devendra Patidar and Dilip Soni to constitute a team under inspector Soma Malik to nab the duo. According to the police, Athar Khan and Aftab Hussain are cousins.

Hussain is a Class XII drop-out and a tec-savvy, while Athar completed graduation from Mumbai and left for Dubai for work. Athar was in Dubai since 1994, and worked in companies as sales executive, but returned to India seeing Hussain making good money. “We are yet to find out if others were also involved in the racket. It will be clear only after investigations are complete,” said DIG Gupta.

Talking about the modus operandi, police said the duo used to work through agents. They sold Class X and XII mark sheets, besides, graduation certificates at a cost ranging between Rs 10,000 and Rs 20,000. Police have seized 300-400 fake mark sheets, laptop, printer, scanner, 50-60 rubber stamps along with other documents. The fake mark sheets are of Jiwaji University, MP State Open School, Board of Secondary Education, Delhi, Bundelkhand University, Jhansi, State Council of Vocational Training, MP Board, Bhopal etc. A case has been registered against the duo at Kanadia police station.