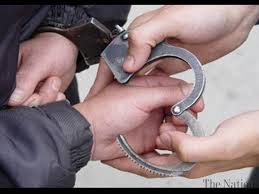 He said that Shoukat Ali resident of Gujranwala was arrested because of fake visa of South Africa. He was traveling by Shaheen airline flight NL-766. During immigration process his visa was found fake and he was arrested by the immigration authorities.

Feroze Shah resident of Lower Deer was arrested when he was trying to board a Thigh air flight TG-346 for Malaysia since his visa of Malaysia was found fake.

Muhammad Naeem Gujranwala was arrested due to his fake Visa of Libya during transit in Dubai. During preliminary inquiry accused said that he had managed the visa with the help of Agent Nadeem resident of Lahore after payment of 3 lacs to agent. He was trying to travel by shaeen airline NL-766.  FIA officer said that all three passengers were sent to Anti Human Trafficking Cell (AHTC) for further action.