At least 30 per cent appointments in the Pakistan’s Civil Aviation Authority (CAA) reportedly declared ineligible due to be based on fake degrees while all vacated posts were filled during previous tenure of Pakistan People’s Party (PPP).

Significant figure of employments were handed over to fake degree holders despite appointments based on merit in the prominent governmental department of Civil Aviation Authorities (CAA) during PPP-led government, reports said. 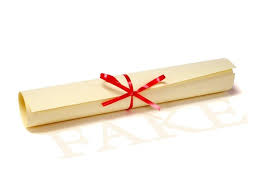 The reports exposed that at least 400 employees who were appointed in the governmental department having fake degrees from different universities of Karachi and rural parts of Sindh province, Express News reported.

The ‘Group-One’ employees had been appointed on contractual basis but subsequently got promoted to permanent posts over political pressure of a federal minister.

The corruption via meritless appointments was exposed during transfers of ‘Group-One’ employees in ‘Group Four’.

On the other hand, CAA administration is reportedly keeps its lips zipped over the matter despite taking necessary action after exposure of fake-degree appointments.